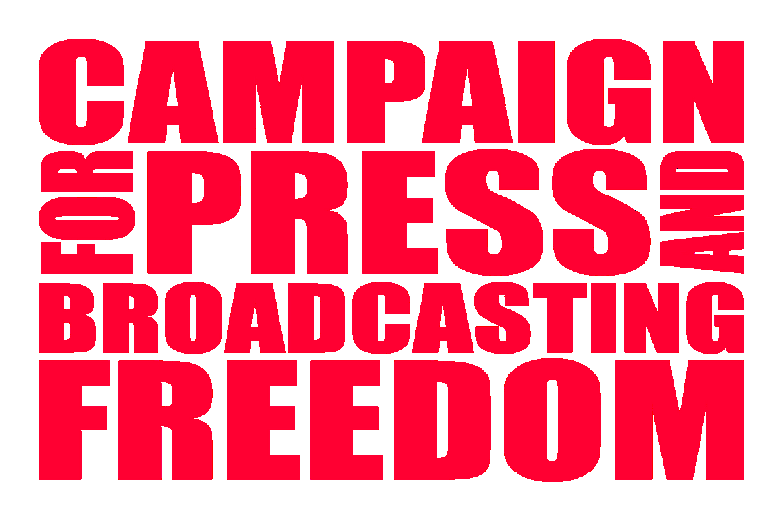 for diverse, democratic and accountable media

This is an archive of www.cpbf.org.uk created on 23rd June 2016, please visit the live site for the latest news.

The BBC management is making a decision next month which could be disastrous for UK news. The BBC News Channel has a weekly audience of 8 to 10 million, reaching more than a third of all households. But to cut costs, the BBC management is considering closing it and broadcasting the BBC World News TV in the UK instead. Or, closing both channels and creating a new one, with a foreign emphasis, which would air in Britain and globally.

Government on back foot over Leveson Part 2

Thank you to the 3000 of you who wrote to your MP over the weekend inresponseto Hillsborough families campaigner Margaret Aspinall’s request, asking them to supportthe cross-party amendment calling on the Government to begin a “Leveson 2" inquiry into the relationship between the press and the police.After your emails, a number ofMPs turned up to speak in favour of Leveson Part 2, in support ofAndy Burnham MP (who tabled the amendment).

We are writing to ask for your help. We are the Chair and Secretary of the Hillsborough Families Support Group and we have worked closely with Hacked Off to hold politicians to the promises they made to have more effective press regulation and to end the terrible injustices that some newspapers perpetrate.

Decades on from Hillsborough, our media's still broken

No hiding place for those who violate media freedom

Tony Garnett on his new book The Day The Music Died: A Memoir.

Off the agenda: Why press silence speaks volumes about the dangers of concentrated media

Can and Erdem face second court hearing but no arrests

Carving up the BBC: The Clementi Review of BBC Governance.

No legal changes to the Freedom of Information

After 92 days Can Dundar and Erdem Gul are released

Freedom of Information at risk?
Hard-won 'rights to know' might be restricted by future expenditure cuts in Whitehall and campaigners fear the Freedom of Information Act could become a target for efficiency savings. Listen to our latest podcast about threats to FOI, with Nicholas Jones.
» Subscribe
» Read on

CPBF is a non-profit making organisation financed entirely by membership, grant and voluntary contributions. If this site has inadvertently breached any third party copyright, please contact us and we shall rectify the mistake.